Monday morning, we woke up at 3AM. I got myself dressed and ready before waking the kids up. I was dreading to wake them at this hour, but no choice there. Nat started wining when I told him I wouldn’t give him his usual bottle of milk (to prevent vomit in the plane), but after I told him we were taking a plane he remembered that he would  “boire jus et manger biscuit!” (“drink juice and eat cookies”), he was back to his happy self 🙂 . We were out of the house by 4, at the airport by 5 (or earlier?) to take the flight at 6.

Our first flight was from SJC to Rio. I was hoping for a clear sky and beautiful views, because the Santos Dumont airport is right on the seashore. Unfortunately I’ll have to check out the place another time… 😉 All I got was this: 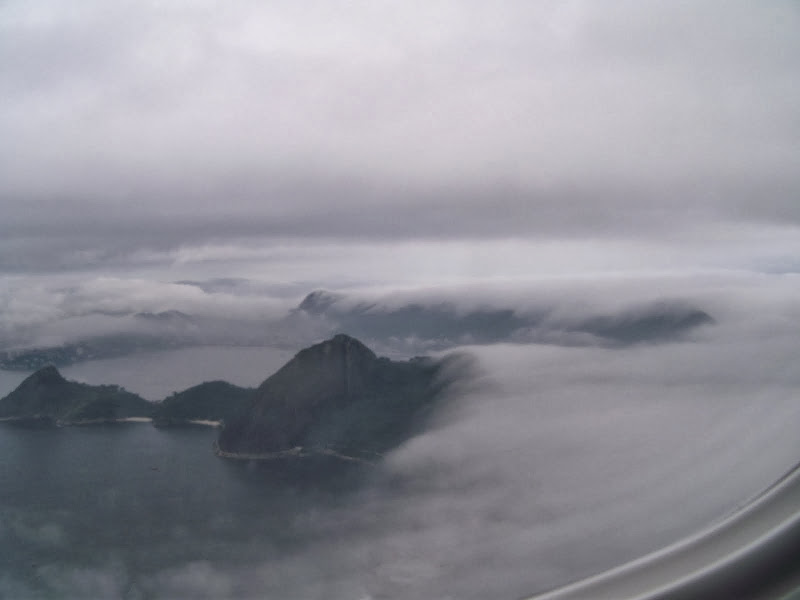 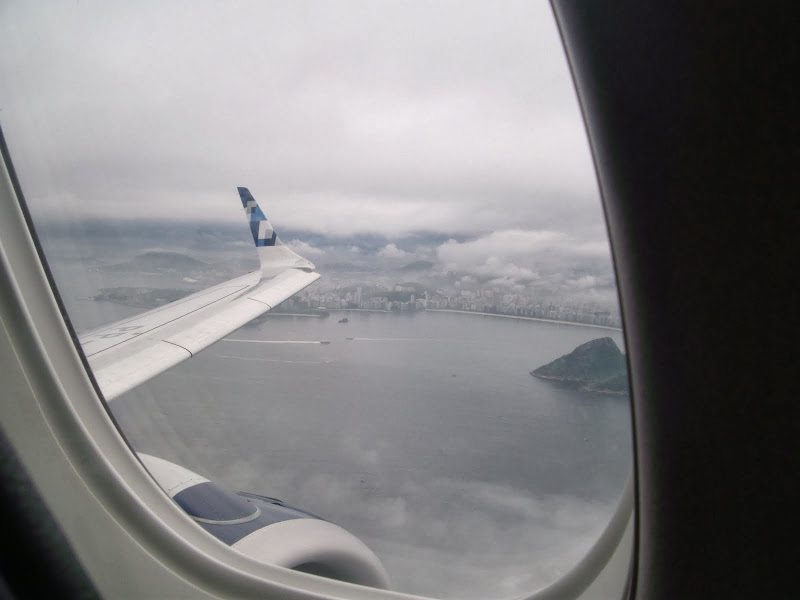 Then we took a plane from Rio, RJ to Belo Horizonte, MG. And another plane from Belo Horizonte, MG to Cuiaba, MT. That’s where we had to pick up our luggage to check them in again for the last flight. Apparently after three flights it’s too many stickers on one’s luggage so you have to make sure personally that everything is still there (ha ha). Good thing we did though. One of our overstuffed sport bag cracked open and hubby saw the guy behind the carousel trying to “accidentally” misplace it on another luggage tray…

All our flights were on time, no missed connection, and all our luggage arrived in the end.

As a bonus, the cat was still waiting for us at home too. 🙂

And that’s how after four planes and about 8 hours, we arrived safely in the tropical heat at the end of the world.