My husband serves two small churches (and its members) which are both missions of the bigger church next door, the one responsible for our housing and his salary. On Saturday afternoon, he conduct services in some sort of “community room” of a neighborhood that is actually way out in the countryside. It might be in the same municipality, but I don’t see how that it qualifies as a neighborhood. There are power lines but no running water. Their water comes from their own well (they drink it, though I’m not sure they should — the color is questionable). 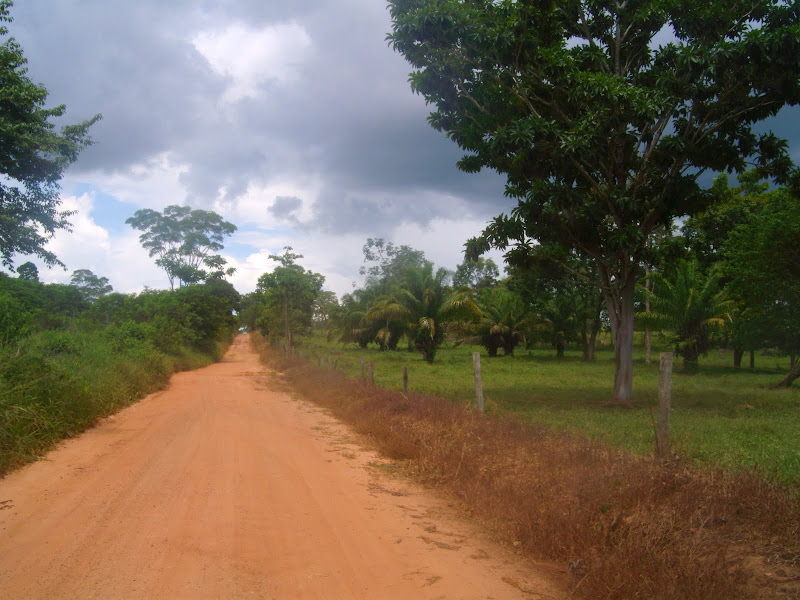 To get there you need to drive dirt roads, real dusty (or muddy) roads among papaya plantations, sugar canes, mandioca (cassava, manioc), and cows fields. The building is a very simple wooden thing (serves as a school room during the week too, I believe). Nobody thought about planting some shades around and it gets pretty toasty inside, especially in the middle of the afternoon when there is no wind. Very easy to fall asleep during classes or, in our case, the sermon (and I must clarify that my husband says pretty interesting stuff, so that won’t be my reason to fall asleep, eh!). Thankfully the benches are hard (very uncomfortable!), and it’s on top of a hill so the view is pretty! 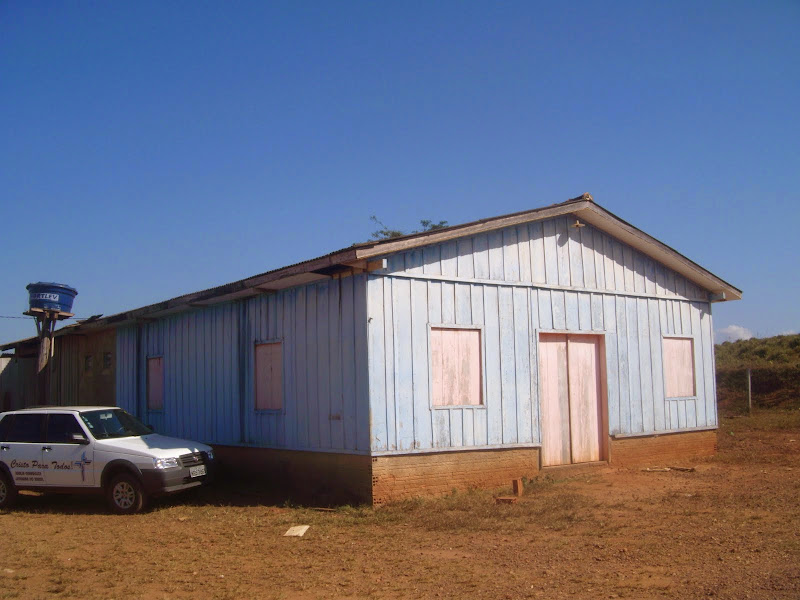 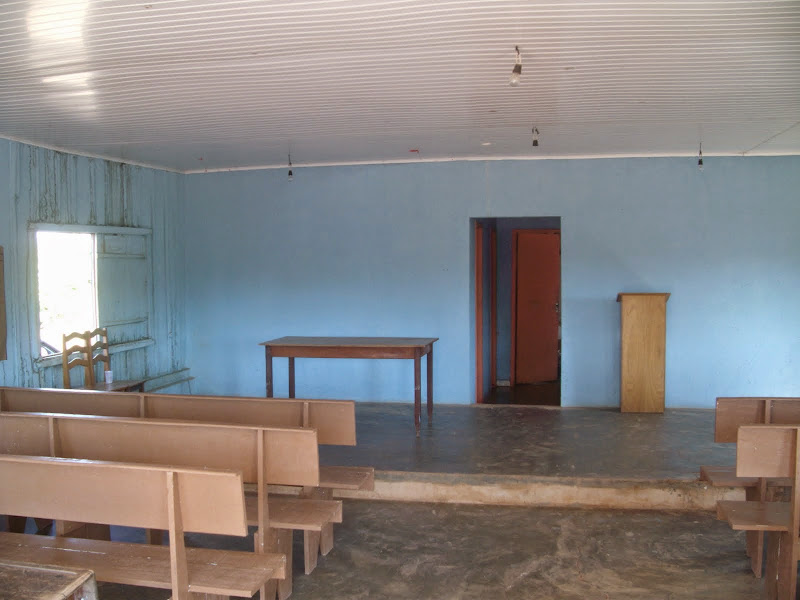 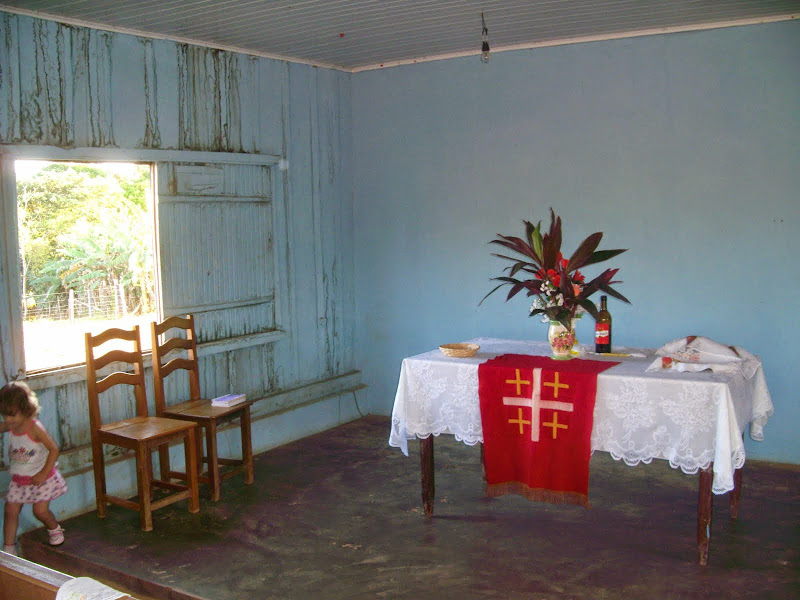 On Sunday morning, D serves the other small church which is in another neighborhood closer to the city center. It’s all paved roads to get there… until the actual street where the church building is being built. 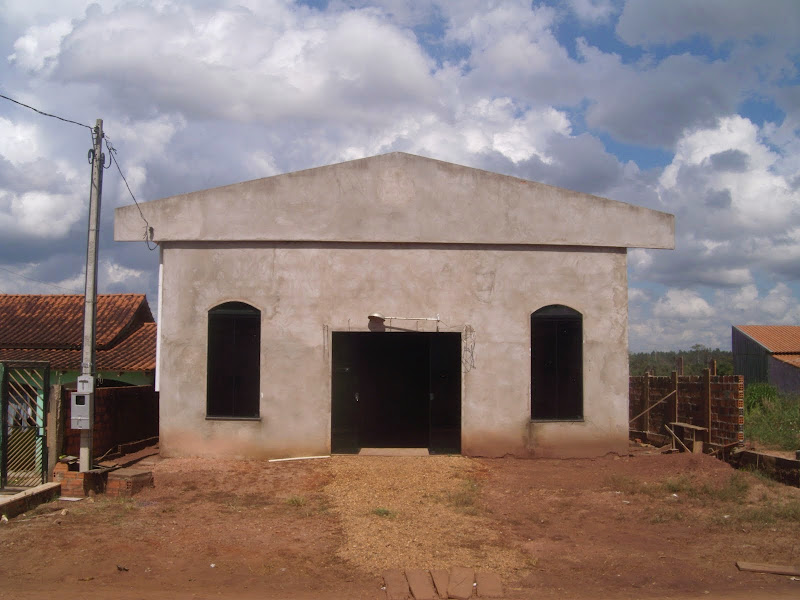 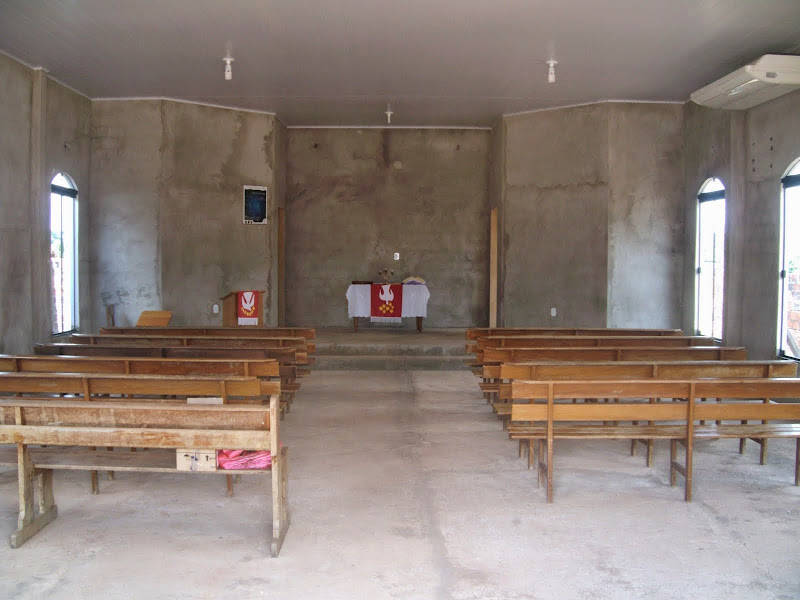 D has finally announced that he declined the calls from the churches in Rio Grande do Sul and Bahia.

The past 6-weeks have been difficult for him. Though he wasn’t stressed or worried, he has been very sick. First with the same virus that got to the children and I with flu-like symptoms. It sounds benign enough, but over here those can be brutal. He was coughing so much that he has not been able to sleep for 3-4 days. He’s had a complete voice loss and consequently had to cancel the Saturday and Sunday services one week-end, and the radio program twice. He slowly started getting better, but it seems that now he caught some sort of stomach-flu.

All this while trying to decide upon our next move.

The choice was between a good and certain move (to Santiago, RS — the South but still a small town, twice smaller than here!), and waiting some more for a better but still unsure move (to SJC, SP — a bigger city). The congregation there is finally in the process of calling a new pastor, but the process is long and windy. So it’s still waiting game.