Things are seriously getting real over here. I told both schools where I teach that we are moving soon, how “soon” is still uncertain but I wanted them to start looking for my replacements. They won’t find someone who can teach both French and German, so it will have to be two people. I’m particularly concerned about the German group, because I really like those guys. Best students ever; intelligent, eager to learn, good attendance and mostly doing their homework. As for my French students, there is only one or two of them that I care about, she studies and hasn’t missed a class since we started, as for the other ones I am still wondering why they are taking lessons. I mean, if you come to class once in a while and never do your homework, what’s the point?!!!

Since we will be paying for the international move on our own this time, D and I have started sorting through our books… again. Surprisingly I still had a bunch of photocopies of music scores, copies of entire operas (piano reductions, not the orchestral scores) , and copies of the songs of all my recitals that I sang during my studies (uh, 15 years ago!!!). It was a huge pile. Why did I keep all this, I have no idea. In my ten years of teaching music I never had a student asking me about the songs I sang as a student myself. And why would they!? I still have in my possession a lot of “real” printed music that I bought for references while I was teaching. Most other books that I want to keep are novels and hard covers that I love. So,  although I can’t bring them all along with us this time (too heavy), I don’t want to give them away either. I have save my precious books in boxes and stored them at my in-laws. Eleven boxes of music and novels. My in-laws will bring them along with their own stuff when they join us in Canada. In a year or two. Or if that doesn’t happen (they can still change their mind, after all), we’ll find a way to have them shipped to us once we don’t have to count our pennies anymore.

The kids don’t seem to be worried about anything. Even if I did go through their books today and discarded about half of them in various boxes and bags (I am giving some of them to their schools libraries)…

I am constantly going through my mental list of things I will miss about Brazil (the weather), and things I definitely won’t miss (driving here — manual transmission and insane people), and things I’m looking forward to (driving in Canada — automatic transmission is heaven). It is necessary to keep in mind all the good and bad stuff, so that we embrace the change with the eyes wide open.

What I will miss the most is to leave my windows open all day, every day, and step out into my small garden and watch green stuff grow. 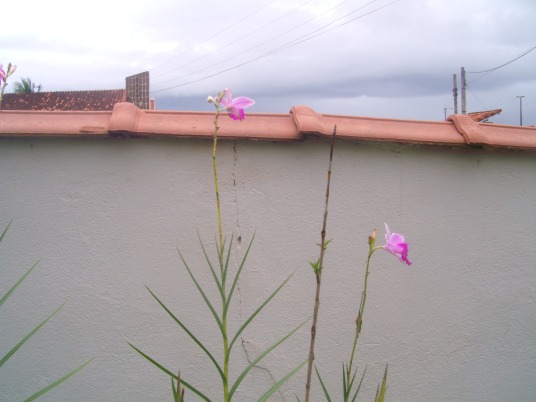 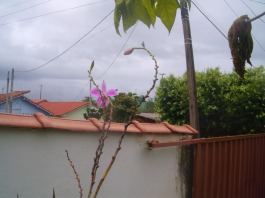 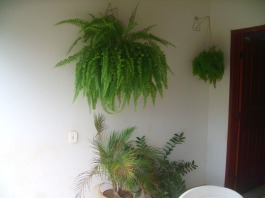 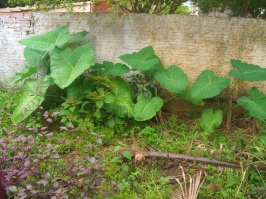 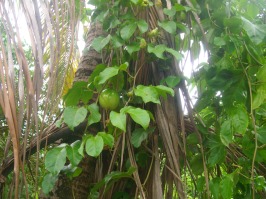 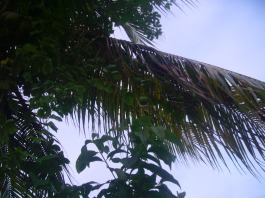 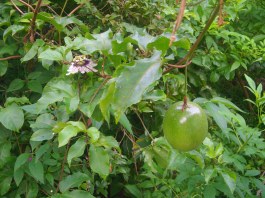 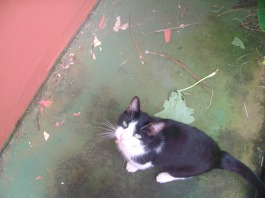 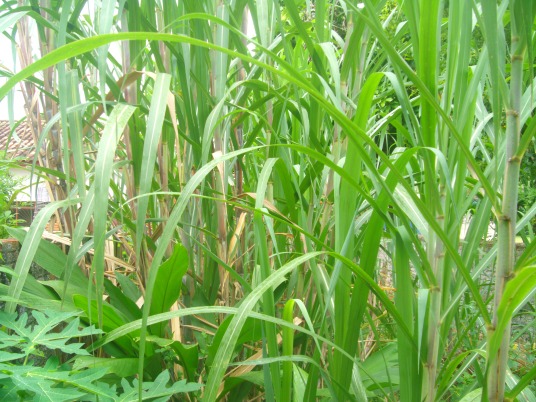 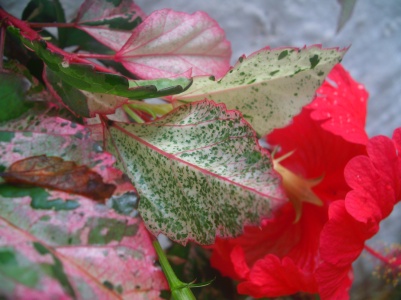 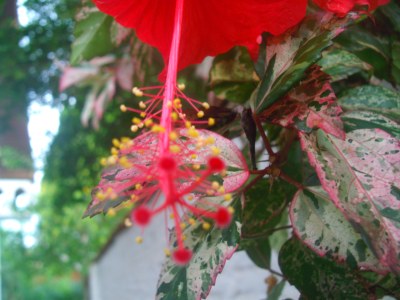 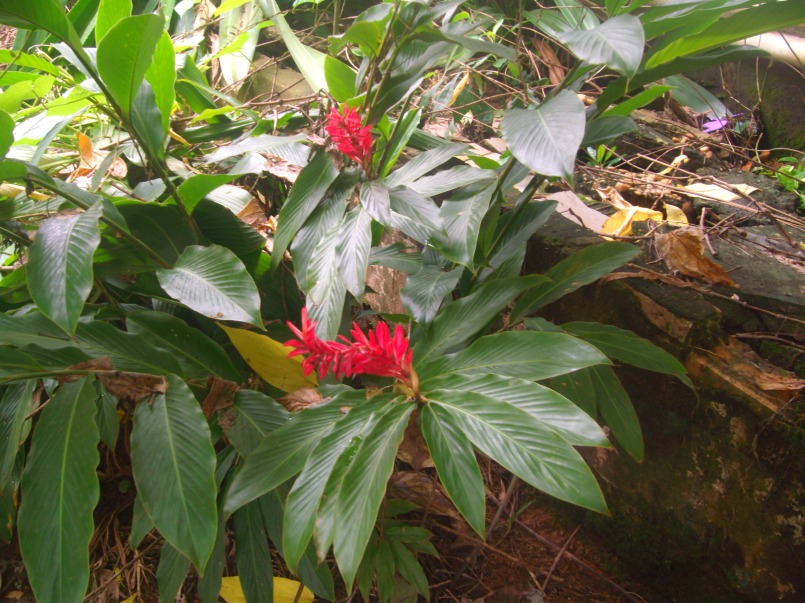 It seems that the wet season is finally coming to an end. The upside is that there will gradually be less mosquitoes, the downside is that the heat will become unbearable. It literally knocks you down. Even local natives all need their siesta in the middle of the day to catch up on some Zzz’s. […]

September already. Still no word about if or when we will be moving this year. We were hoping to pack our bags and leave this place before the rainy season is upon us, but I honestly just want to be out of here NOW. Is it too much to ask? D is having a hard time too. People here seem to have expectations of a pastor that are not in line with the way things should be. Theologically. Sure Theoretically one can try to adapt as much as possible, but in the end we are the way we are. Our personality, upbringing and education is not something that can be undone. In our case all of these are simply not compatible with the vast majority of the population of the region where we live here in Northern Brazil. Not to mention that we both refuse to play the hypocrisy game that people here think is “polite”. For example, they refuse to be critical of anything to you face. If you dare express some negativity about a situation, it “isn’t right” to say so. Only among themselves. Nobody is perfect, but how is being fake supposed to be a good Christian example to anyone?

Yesterday hubby gave me my first driving lesson. I have to learn to drive with a stick. Unlike North America where most cars here have manual transmission! Why, oh why?!! What a pain in the *! In our first years we were hoping to buy an automatic car one day, but we’ve realized that we will most likely never be able to afford one. First of all, cars here are much more expensive than in Canada (compared to salaries). Second, automatic cars are rare AND much more expensive than the manual ones. So, yeah. I’m learning how to drive again… The boys were in the car with us and we went to the (almost deserted) airport parking lot to have my first “lesson”. In between my (exaggerated) screams of despair (when I stalled) and shrieks of joy (when I got the transmission change), the kids asked when we would get into the plane… Soon my little ones, God willing very soon!

At home everybody is fine and healthy, which is the most important. However I still don’t feel “at home”, which translates to daily frustrations. The other day, I was wondering if we still had the “Complete Works of Shakespeare” somewhere. I realized that some of our books have been packed 4 years ago and are still in boxes… After looking though half a dozen boxes, I did find the book, but how I hate this! I’d like to buy some nice shelves (simple but nice, real wood, custom made) and unpack all my music books beside the piano, and all my favorite novels in a “reading nook”. Ah, the plans I have in my head !

I am still looking longingly at the real estate ads in our “future” town. We hope to buy what they call a chácara which loosely translates as “country house, or farmstead”. It’s basically a house that has a bit more property than a town house. I can’t think of any comparison because in some cities there are actually some entire neighborhoods comprised of chacaras… Which doesn’t make sense if you think of chacaras as country houses in a city neighborhood… Anyway. In our case it would very probably be in an un-developed part of the city because I simply don’t want to live in an apartment. Not with three children who need to run around. Not now that we live in a country where the climate allows you to enjoy the outdoors all year round. I want enough room for some chickens (fresh eggs!), coconut, papaya, lemon and blackberry trees, a vegetable garden, a tree house and maybe a couple of dogs. Dream, dream, dream…